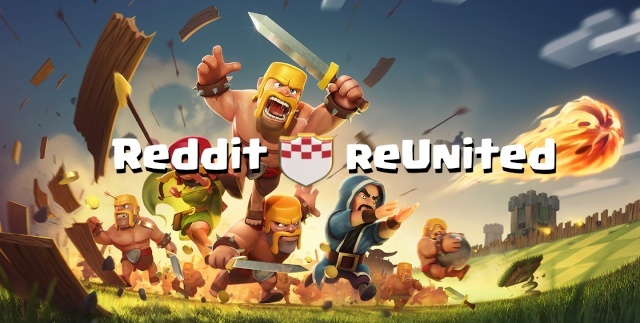 You are not connected. Please login or register

We are a social clan but pretty serious when it comes to war and to maximize our chances to success these rules have been established.

We engage in battle twice a week and we start searching on Wednesdays and Fridays about 21:00 GMT (that’s 22:00 CET, 16:00 EST, 13:00 PST). In addition on Mondays we organize war boot camps where only a small group of people will go to war and practice 3-starring strategies.

All attacks must be full force (strong army, all spells and (both) heroes available) and we are aiming to get at least 2 stars on any attacks. In top war clans 1-star attacks don’t exist. To achieve this level we expect everyone to invest in their own capabilities of 3-staring opponents. There are many YouTubers that provide good 3-star strategy content, Clash with Ash is a good channel to start with as he has playlists organized on Town Hall level.

In principle we expect everybody to opt in for war and use both attacks in every single war. We do realize sometimes things could go differently than planned and only to cater for these unplanned circumstances we agreed to the 3/4 rule meaning 3 out 4 attacks in two consecutive wars (Wed, Fri) must be completed.

Opting out is allowed for the following reasons:

Opting out should always be announced by posting a calendar event in our GroupMe specifying the period and the reason for opting out so we know you are not slacking from war but out for good reasons. In-game opt out settings will be ignored in case not accompanied by a calendar event.

Below are the reasons for ‘instant’ removal:

Your base should be set up for an optimal defense pertinent to your level with Town Hall inside, at least one set of double giant bombs, Infernos are set to multiple and X-Bows are pointed up. Do not copy a forum, YouTube, or other online base as most of these have 3 star solutions and trap locations posted. If you want inspiration follow this link for many example base designs from a serious war clan that can be used you only need to work in the air sweeper.

Some tips for a good war base:

If you need additional recommendations for your war base, first scout other clan member's bases and try to build your own using some of the same ideas. Then ask an elder to take a look and suggest improvements you could make.

"Troll" bases are NOT allowed. If you're new (first war) and forget to change your troll base by the end of prep day you will get kicked instantly, no exceptions. If you want to have a different base on prep day so opponents can't scout you, you can develop a second viable war base and switch between the two.

A few tips to get you started on clash.tools:

We have implemented the reUnited Team System (RTS) to help organize our attacks and make them much more efficient. This system has been designed to give you flexibility in deciding whom to attack and get the most stars for the clan.

You may use both of your attacks whenever you like, as long as you follow the current calls on Clash Caller. You must complete your first attack prior to making a second call. This allows everyone a fair chance of attacking a decent target. The clan is split up into 5 different teams: Team U, N, I, T, and E. The factor that determines what group you are in is your base’s ranking on the war map. Each team is assigned a target range that they must ‘clear’. To clear a target range, each target for your team must be at least 2-starred. Once all bases in your range have been cleared you are allowed to attack any target outside your range but the attack must be for additional stars.

First attacks should be made within the range corresponding to your war rank as follows:

Second attacks will generally be used to clean up stars leftover after the first round of attacks. Priority should be given to bases in your range that are not three starred.

If you get on late in war and don't think you can reasonably add stars anywhere, ask us for advice. We'll suggest a target, and it may be a good opportunity for you to try a new strategy.

Also, note that we're just saying you have to try. All of us blow attacks and have ended up with zero stars - we're not one of those hardcore war clans that will kick people for not being successful enough.

We welcome all suggestions for improvements and additions.

Rationale for the above rules

That's it on the rules, but we also wanted to explain why we need them. Participation in clan war is essentially the classic Prisoner's Dilemma. As an individual, your most profitable strategy is to wait until the end of war. If it looks likely to be won, then 1-star the highest bases you can for best loot. If it looks likely to be lost, don't attack at all. These would both be versions of ‘defect’ in the language of Prisoner's Dilemma. Only if the war is extremely close it is in an individual's interest to raid for the most stars.

The interest of the clan as a whole, however, is for everyone to go for stars to maximize the chances of everyone getting the full loot bonus. This involves cooperating to coordinate attacks. Our war rules are about how best to get that cooperation and punish defectors. Without them, some individuals will just wait until the end of war to maximize their own benefit, and the members who have already invested heavily in trying to win get cheated.

If you come in late and don't want to attack because the war looks hopeless, consider all your clan mates who have already invested their time and resources in their attacks and stocking the war cc (ask one of the top players sometime about how much de and elixir they spend on lvl2 witches and lvl6 wizards before attacks even start!). Similarly, coming in at the end to score some easy loot just lets you profit from the work everyone else in the clan already did.